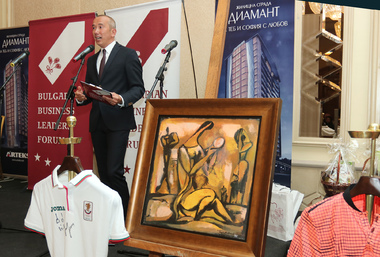 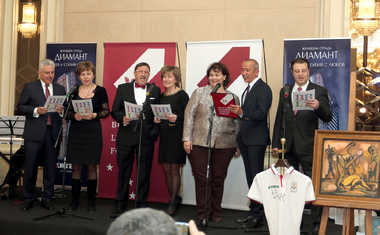 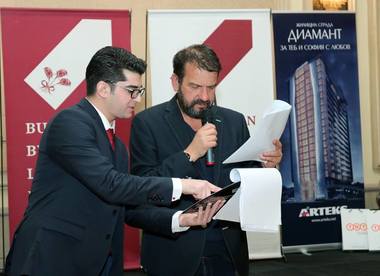 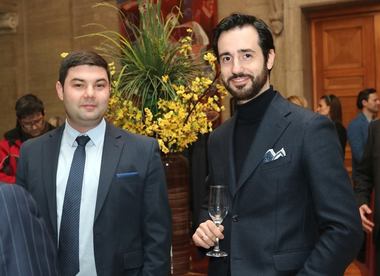 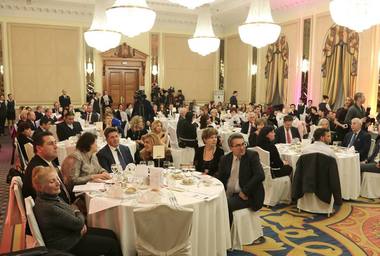 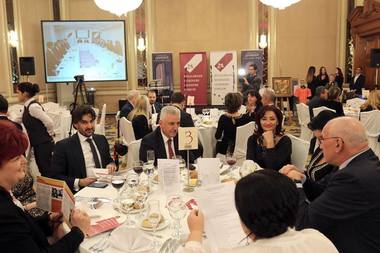 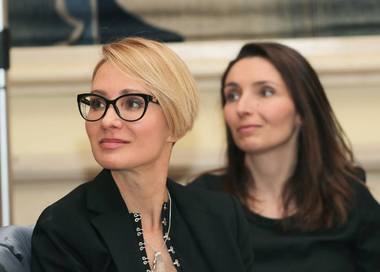 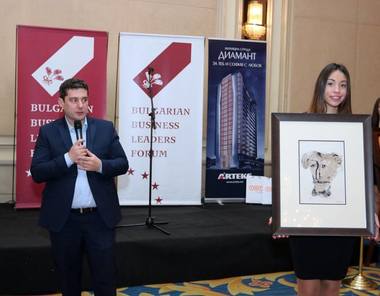 Two Artworks by Georgi Kovachev - Grishata were donated by Loran Gallery for the auction at the Annual Charity Ball of The Bulgarian Forum of Business Leaders.

Two artworks by Georgi Kovachev - Grishata were donated by Loran Gallery for the auction at the Annual Charity Ball of The Bulgarian Forum of Business Leaders. The paintings earned in total 4 000 lv.
For the fourth time Loran Gallery participates in the Annual Charity Ball of the prestigious organization. We are proud to announce that the two paintings, donated by us, have brought 4 000 lv. to the charity event, which is about nine percent of the donation in total – 48 100 lv. Radoy Ralin, the Satirist, 1969, ink and watercolours, size 33 by 23.3 cm, signed and dated bottom right, has reached 3 000 lv. Nude Woman at the Mirror,1975, in oils, size 45 by 45 cm, signed and dated bottom right, found its new owner in the face of the famous TV host Niki Kanchev, at a price of 1 000 lv.
Below we are publishing the press release of The Bulgarian Forum of Business Leaders:
The Annual Charity Ball of The Bulgarian Forum of Business Leaders made a record, thanks to all the support.
The ninth edition of the initiative raised over 48 000 lv. for the prevention of the breast cancer and provide therapy for children with autism.
2nd of February 2017, Sofia
The ninth Annual Charity Ball of The Bulgarian Forum of Business Leaders (BFBL) raised the amount of 48 000 lv. to the support of the charity cause and made a record in the history of the initiative. The funds are going to support the prevention of breast cancer and provide qualitative therapy for children with autism. Over 90 guests, members, friends and followers of the Forum, attended the event on the 1st of February, 2017 in Hotel Balkan, Sofia.
“The community of the business has proven more than once its sensitivity and empathy towards the problems of society, and the results for the last eight years state that they were donated in total 200 000 lv., which give us confidence that together we can change the world we live in. Hopefully, together we can achieve valuable projects.”
For the third year, a certain part of the income is going to support the major program for early screening of breast cancer, accomplished by Sofia Municipality and nine other hospitals in Sofia. In the two year term initiative, around 10 000 women participated in the campaign for preventive checks, said the vice Mayor Doncho Barbalov.
The other part of the donated funds is going to contribute to the development of two non-governmental organizations, devoted to children with autism. Neli Radeva, the president of the foundation “I can, too.”, and Mina Lambovska and Vladislava Tsolova from the association “Autism today.” presented their projects about equipment of sensory rooms, which is going to provide the most contemporary therapy for children with special needs.

The Ball started with a surprise, music event from the Board of the Forum performed by Orlin Pavlov, and continued with the traditional charity auction and a raffle with over 50 items provided from members and followers of the BFBL.
The bidding was hosted by the actor Alexander Kadiev, favourites were two paintings by Georgi Kovachev - Grishata, a lithograph by Kolio Karamfilov, two hours spent with Niki Kanchev, a dinner for two, cooked by Maxim Behar, participation in the course for youth by Dale Carnegie. The guests had the opportunity to win a T-shirt of Grigor Dimitrov, cocktail with the British ambassador, participation of Alex Raeva in a corporative event, other valuable items and works of art, voucher for trainings, hotel stay and other entertainment.
Causes of BFBL this year were supported by dozens of companies and celebrities, who provided, without any compensation, products and services for the charity auction and raffle: Alarik, Alex Raeva, Artex Engineering, Darik Charity Auction, Vivacom, Contrast Gallery, Loran Gallery, Grand Hotel Sofia, Grigor Dimitrov, Deloitte Bulgaria, Ema Hopkins, AIMS Human Capital Bulgaria, Dale Carnegie Training, Desislava Eneva from foundation “I can, too”, Desislava Obreshkova, etc.